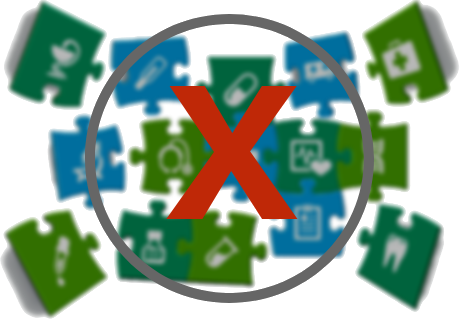 In the last twenty years, healthcare information technology has radically changed the way health services are delivered and managed. Hand written documentation in clinical settings is nearly a thing of the past. Software and devices are found in virtually every hospital department and physician clinic office. In some ways, we are living in a golden age of healthcare IT. However, that journey hasn’t been without failures and controversies. In my previous article, I highlighted the substantial successes in healthcare information technology. Now it’s time to look at what is not working well in healthcare IT.

Healthcare data security breaches is far and away the biggest current challenge to hospitals and other healthcare organizations. Stolen healthcare data can fetch 10 times as much on the underground market as credit card data. In the first three months of 2018, there were at least 77 major breaches reported to the Department of Health and Human Services, affecting more than a million patient records. In 2017, there were 477 breaches affecting 5.6 million patient records. The unfortunate part of the story is that a lot of these cases were easily preventable. Someone leaves a database with no encryption or password protection open to the internet. A laptop with databases or spreadsheets of patient data is stolen from an employee’s car. Worst of all is that improper access by healthcare workers accounts for almost 30% of security violations. Healthcare data security is probably going to be the biggest challenge to the industry for some time. The upside is that there will be lots of jobs in the area of security.

After the widespread implementation of electronic systems over the past 10-15 years, many systems have entered the “adolescent” phase. Technology departments rushed to get implementations done, but have often lagged behind in optimizing the systems to improve efficiency of documentation and placing orders. The result is unwieldy systems that foster a cynical attitude with providers. Here are some of the drawbacks of a rushed implementation or an inefficient configuration:

Physician productivity can also suffer in the short to medium term after the implementation of an EHR system. An NIH study reported a productivity loss of 20% in the first month, 10% in the second month, and 5% in the third month, with productivity eventually returning to normal levels.

About 30% of physician practices plan to replace their current EHR system by 2021.

An early promise of electronic health records systems promised a better-connected experience where physicians would easily be able to share records across any clinical setting or distance. While there has been quite a lot of progress in this area, we still have a long way to go, with a lot of the blame resting with the EHR vendors. It’s understandable that vendors would prefer to sell their products to more hospitals rather than set up technology to share records with competitors. However, due to industry and political pressure, vendors are beginning to open up their systems to industry standard health information exchanges.

In the 1980s and 1990s, most health systems purchased niche software from many different vendors for various functions, and then put more resources into interfaces that enabled those systems to communicate with each other. For example, the vendor for scheduling may not be the same one for clinical documentation or medication management. From the early 2000s to today, most health systems now purchase most of their products from single-source vendors such as Epic, Cerner, or MEDITECH. While this approach has lots of advantages, it results in very expensive IT projects. A small to medium-sized hospital can expect to spend tens of millions of dollars on a house-wide project. A larger hospital system with six to ten hospitals and multiple clinics can spend hundreds of millions. And if that’s not enough, very large implementations can run into the billions. Some hospitals have had to lay off staff or issue bonds to recover the cost of IT projects.

Another early promise of healthcare technology was the potential of healthier patients. As I’ve mentioned in my complementary article What Is Working Well In Healthcare IT, there have certainly been some successes in patient health as a result of technology. However, when we consider how much the U.S. spends on healthcare compared with the rest of the developed world, we still have a long way to go, and technology alone can’t solve our problems. Here is a graph 2017 on the healthcare rankings of the top eleven developed countries:

Anyone who has paid any attention to news in the U.S. knows that the opioid abuse epidemic is a national emergency and disgrace. While there are a lot of reasons how we got here, health information technology has missed an opportunity to make a difference. All of the major electronic order entry systems have the capability to warn physicians of duplicate prescriptions and drug interactions. The technology itself is not flawed- the ones and zeros line up. I believe that part of the problem is a failure of IT leadership locally, regionally, and nationally to push harder for the use of systems that help us reach the patients who are caught up in abuse, and call out the entities and other bad actors who enable and promote the over prescribing of narcotics.

The Other Side: What is working well in Healthcare IT

What Is Working Well In Healthcare IT? 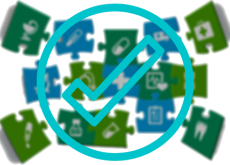 Ever since the early days of Health Information Technology, industry experts and observers have discussed the potential of using technology to improve patient care, reduce costs, share information, and increase patient satisfaction. Has Healthcare IT succeeded in these goals? ...
Read More
Summary

Article Name
What Is Not Working Well in Healthcare IT?
Description
In the last twenty years, healthcare information technology has radically changed the way health services are delivered and managed. Here are some areas where healthcare technology has not lived up to expectations.
Author
Dave Newman
HealthcareITSkills.com
HealthcareITSkills.com
https://healthcareitskills.com/wp-content/uploads/2017/12/cropped-healthit-green-logo-1.png 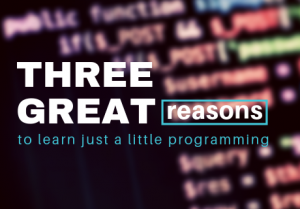 Three Great Reasons to Learn How to Code